A little over a year ago, I was a very active 54-year-old guy with a wife, kid, a mortgage and I was finally feeling like my life was fitting around me like a well-cut suit. I lost the intolerable corporate job I’d had for the last ten years, and became the house husband, the cook, the shopper, the handyman. An accomplished carpenter, I continued to renovate our house. I built a project recording studio and got back into writing songs, started a band, joined a local theater company and started acting again. I built raised planting beds and grew vegetables, built a woodworking studio, coached little league, and—most importantly—was fully present for my son. I made him breakfast and lunch and walked him to school. This was the highlight of it all. Previously, I was commuting. I’d leave in the early morning and return at dinner time. But now with that behind me, I was free to explore the “all the time” we suddenly had together. It was a good life. Hell, it still is, only now with the caveat that I have ALS.

I started having noticeable symptoms in May 2014. It started with my voice. Out of nowhere, I suddenly started experiencing problems with speaking. On certain words, it was as if my tongue would glitch. At first I assumed it was stress. Then I thought it might be an allergy, as some of the symptoms mimicked allergies that I sometimes had in the spring and fall. It would come and go and eventually went away altogether so I didn’t think much of it.

The following November, it started again. This time accompanied by a hoarseness in my vocal chords. I remember being with my siblings at Thanksgiving, and when we were singing Beatles tunes as we traditionally do when we get together, I was really struggling to stay in pitch, something that I never had trouble with before. Still, I wasn’t alarmed, and it went away, again.

A few months later in January 2015, I was recovering from shoulder surgery, and the symptoms suddenly became much more acute, more persistent. I began having trouble with chewing and sometimes had choking episodes. This was new and very scary. The symptoms would last for days, then disappear, only to reappear again a few days or weeks later. What made it all the more confusing was the symptoms were similar to the side effects from pain medication I was taking at that time for my shoulder. So, initially I thought it was the meds. But once I was done with them, and my shoulder straightened out, the symptoms with my voice remained and continued to worsen. In March, I sought out a speech therapist who urged me to see a neurologist. Right away. So I did. By mid-April 2015 my voice was almost an unintelligible garble and my body started to do weird things: feeling rubbery, loss of balance, dizzy, intense fatigue. It was all becoming very scary.

At first I assumed it was Parkinson’s, as two of my cousins have it, but the neurologists ruled that out. After an EMG test, I received a preliminary diagnosis of motor neuron disease (MND) in April 2015. That’s it. I’m done for. But my neurologist thought there was a possibility that it might be Myasthenia Gravis, as some of the symptoms he was seeing didn’t add up. The symptoms between MND and myasthenia gravis are so similar and both are difficult to diagnose. Luckily, MG is treatable and I responded well to the meds for a few months. So well, that while I still felt lousy and rubbery, my voice got much better and we were able to travel to the UK and France in June. I planted a huge garden and continued to live fully, and felt strong. So at that point I thought I’m going to be ok. I started doing yoga, exercising, and riding my bike religiously.

But as the summer progressed, I started to experience weakness in my body. In early July I had these little indications that something was drastically wrong. I recall dragging a small kayak out of the water, something I had done countless times before, but this time it felt as if I was pulling a huge ship. My voice slid back into garble and, most distressingly, I was having difficulty playing guitar. I’m an accomplished guitarist, and have been playing for over 40 years, so this was devastating. I had severe weakness in my pinky and ring fingers and difficulty in gripping a pick. I’d exercise them, do scales, anything I could think of to try stay ahead of the symptoms. Despite this, I continued to ride my bike, swim, and do everything I like to do and stay active, although I could no longer deny that there was a compromise in nearly everything I did and after I’d expended myself, it would leave me exhausted and I’d collapse, having to rest for long periods. Yet, I was determined to fight it, keep hitting back, and live every day like it was my last. In some ways, I had never felt more alive at that time because I just had this feeling that something was closing in, hovering over me.

By September, despite my attempts using yoga, exercising, medications etc. I had to admit to myself that I had dramatically declined. There was no question now that my strength and abilities were not improving. For example, opening a lid on a jar was suddenly a difficult procedure, whereas a few months before, I’d whip it off without thinking twice. Holding a pen proved challenging. Eating had become a potentially hazardous endeavor and had to be done carefully and slowly to prevent choking. Cutting our tiny lawn would take an hour whereas before it used to take 20 minutes. I had to give up riding my bike due to the fact that my leg strength had seriously waned. In fact, walking became difficult and I developed a drop foot. I spent a good part of October in a recliner.

In early November 2015, I went in for new round of testing. This is when I received a definitive diagnosis of ALS. It wasn’t entirely a surprise, as the likelihood of it had been hanging over my head since April, but still, hearing it being spoken by your doctor is surreal. And sickening. I’m still partly in shock. I think I’m going to wake up, and I’ll be normal again. But after having six months to chew on it, I’m a little closer to accepting it. But there are certain days when I’m not anywhere near to accepting it.

At first, I had the attitude: “damn it, we’re gonna fight this!”, and I was researching just about anything no matter how crazy or far-fetched as far as treatment options. Stem cell injections in Taiwan: no problem! But I’ve come to terms, and this may sound defeatist, as far as I can see there’s just nothing out there right now. (I think they are years away from a cure, hell, they don’t know what even causes it although different theories abound, all unproven). As time has passed and observing the changes in my body, I have to say; I’m really humbled by this disease. And while I do take many proactive steps (Deanna Protocol, yoga, massage, lite exercise, etc), in my experience, there’s just no stopping it. It just keeps on rolling along.

The biggest challenge I’m dealing with is being a father of a 11-year-old child. My thinking is (right or wrong) if he were older, more formed, in college, etc. I think I would feel more secure about dying and his dealing with the repercussions. We held off telling him until late January. I was hesitant for fear of traumatizing him. It was the most difficult thing I’ve ever done. The first 10 minutes were excruciating. Many tears. Then, it lightened up. Somehow, we survived. My wife had to do all the talking as now my voice is about 100% gone, forcing me to write notes. His spirit is so strong and positive (go figure, him having a melancholic father!). Kids seem to live in the moment and compartmentalize. He’s level-headed, he’s resilient. But I do worry about the future.

My wife is suddenly thrust into the role of caretaker, which she’s handling brilliantly on top of now being the sole breadwinner of a incredibly demanding and sometimes frustrating job. Luckily, she’s much more into living in the day or the moment, while I’m a month in the future, a year back in time and all places in between. Amazing, she still has a great sense of humor, in fact we all do, despite this lousy, unfair situation. We all still laugh and have fun, and despite my mobility issues we went to the Bahamas in March and had an incredible time.

Currently, I’m continuing to decline which I guess is ‘normal’ as it’s a progressive illness. I notice small changes week to week, loss of ability, less strength, compromised breathing. This week, the PEG tube went in. I’m in the process of adjusting to that. A tube hanging out my stomach is a new and different experience, to say the least. A month or so ago I was still able to cook without too much difficulty. Now, it’s nearly impossible to prepare a meal. Even a simple one is hard. I leave a huge mess behind, drop things, and the difficulty I experience standing at the stove for any length of time makes it not really pleasurable. I’m not not yet in a wheelchair, but I use a rollator to get around. I can see that the power chair is right around the corner. I’m grateful such a thing exists. To quote my father: “it’s the right tool for the right job”.

I’m not sure what the future will bring. Will I continue to progress? Will the progression taper off? How much time is left? These are unanswerable questions. The best medicine is to live in the day, and that day only. That way, I’ve learned to appreciate a single good day. I’ve learned to appreciate when my throat will cooperate and I can enjoy some of my favorite food. To appreciate sitting outside in the sun, listening to the birds, listening to the sounds of my child. I still experience joy and laughter at times, and I’m grateful for that. Very grateful. 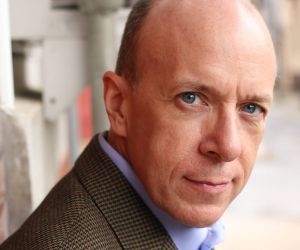